I recently wrote a post about how to support someone with depression. It made me realise that talking about how to support someone with chronic illnesses would be worth touching upon too. It can be really hard to grasp the reality of not ever getting better, unless you’ve actually gone through it. And very often, being hit with cliched platitudes can leave us feeling worse. It’s really important to note that illness and pain are not character defects or signs of weakness. People living with autoimmune or other chronic illnesses are proof that the human body is a fallible system. Life is imperfect and our bodies are too. So below are some tips on how to support people with chronic illnesses.

Believe them. So often, people with chronic illnesses, especially if they are invisible, are told that it’s all in their head and spend years fighting for validity and a diagnosis. A lot of the time, a person might look okay, but that doesn’t change the fact that they could be in a lot of pain and it definitely does not mean that they are suddenly cured. People frequently have to put on a brave face and that might include a full face of makeup and being up and dressed. Some chronic illnesses are rare, meaning that doctors don’t always have the specialist knowledge around conditions and patients become the experts. Unfortunately, instead of admitting that they aren’t always knowledgeable, doctors can become dismissive Patients are branded as being dramatic at best and hypochondriacs at worst. Symptoms are brushed aside as being psychosomatic and it isn’t uncommon to be silenced with anti-depressant medications.

Listen to what they’ve got to say and actually hear them. Asking how a person is can make such a huge difference because it shows acknowledge of their condition. They might not always answer honestly, often saying “I’m fine” is a lot easier than saying “I’m fed up, I’m in a lot of pain, being awake is painful and I just want to go back to bed and hide from reality” but in asking, you’re opening the door and allowing that conversation to take place. It’s really easy to not be an idiot and inconsiderate. Reaching out to someone is easy, but be genuine about it. Remember that you are not their therapist and don’t try to be one. Chronic and mental illnesses often do go hand in hand so don’t blur the boundaries between friendship and therapy. Constant and repetitive talking isn’t always needed, follow their guidance and know what is best for them.

Find out more about their illnesses. When I first became ill, it meant the world to me when a friend said “I’m going to research more about xyz” because it showed they cared. You’re not going to have all the answers and you don’t have to become an expert, but understanding that pain isn’t going go away and having an idea about what is faced in day to day life means that people feel less isolated and alone. Don’t pretend that the illness isn’t there: it is very prevalent is their lives and it isn’t going to go away if you ignore it.

Don’t give up on them or abandon them when times are tough. Constantly feeling unwell can turn people into a bit of a bitch. Think about having flu all the time combined with widespread pain, whilst trying to walk through treacle backwards. It can be a really shit situation. Losing friends is an inevitable part of dealing with a chronic illness but that doesn’t make it any easier. Knowing that you’re too complicated to deal with is hard to hear and guess what? People who are chronically ill do not choose that lifestyle. It’s a lot harder for the person unwell than it is for those around them. Pick up the phone, send a text, send a cute card in the post, offer to help in practical ways. Would they like it if you turned up with coffee? Or some snacks to share whilst watching a trashy film? Stamps for letter-writing? If you do bring a little something, make it nice. I think people tend to skimp on gifts for chronically sick people: they aren’t going to get better so it can become expensive over time. Remember, a gift does not have to cost money.

Ask how you can help. But understand that there might not be a simple answer to this. I know from experience that trying to juggle being ill and my life can be really hard and I don’t always have the brain capacity to think about how other people might be able to help me. Use your brain and think about what might be helpful. Would help with a food shop be useful? Think about specific things that might help.

Don’t belittle their experiences or their treatment plans. Different things work for different people. Some people will respond well to traditional medications, whereas other people will lean towards more holistic therapies. And that’s okay. Criticising treatments is pretty toxic and incredibly unhelpful. Everyone gets tired and everyone gets ill from time to time but that is not the same as having a lifelong, enduring, chronic illness. Don’t confuse the two.

When you’re in pain, it feels awful having to let your loved ones down but it feels unbearable to not be believed or to be criticised when you are trying your absolute best. Chronic illnesses form a huge part of people’s lives and it’s understandable that people will talk about them, a lot. 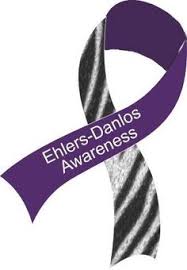