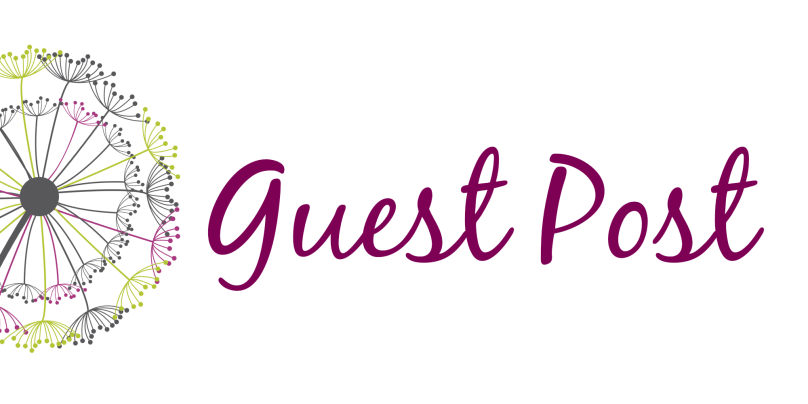 This month’s guest post is written by Nikki. Nikki is 60% deaf and relies on hearing aids and lip reading, she’s also uses sign language and her skills helped me through a sign language module at university! I’ll be honest, the majority of the time I forget that Nikki is deaf but she has taught me vast amounts about communication and what it’s like being part of the deaf community. You can follow Nikki on Instagram @knickers92.

If you would like to find out more about the deaf community, head over to the National Deaf Children’s Society, a charity which Nikki volunteers with, or the British Deaf Association and Action on Hearing Loss.

My name is Nikki or as Laura calls me the “Little Irish One”. I’m 25 years young and live in little Northern Ireland. This guest blog post is about growing up deaf in the world of hearing. I was the tiny age of two when my family were told that I had glue ear. For those who don’t know what glue ear is: it is where air cannot enter the middle ear. When this happens, the cells lining the middle ear begin to produce fluid. This is a runny liquid which can get thicker as it fills the middle ear making it difficult for sound to pass through the inner ear (National Deaf Children’s Society website).

From then on, I was getting ear infections and had many issues with my ears. I was in and out of hospital due to numerous appointments and surgery on my ears. They kept putting grommets in my ears to help with the fluid but unfortunately they kept falling out into my hair. They were only noticeable when my hair got brushed, and we realised that they had came out. In the space of six months, I received three sets of these but they didn’t do anything except making my ears worse so we gave up.

When I was eight, I kept coming home exhausted from school and all I wanted to do was sleep. I had no energy for anything. This only kept getting worse and we could not understand why. At the age of ten, I went into hospital for a skin graph to take place on my right ear drum,due to the fact that I had a hole the size of a malteser, on the skin of my ear drum. This involved cutting the back of my ear open. So you can only imagine my face when I was told that part of my hair would have to be shaved off to allow for access in the operation: no ten year old wants that to happen! This took place during my final year of primary school meaning that I missed three months of school, to allow me to recover from it.

I was told the operation can work for a long or a short period of time. My main worry about getting my surgery was that I couldn’t fly for three months afterwards and I was due to go on a big trip with my school to Amsterdam during that period of time. Thankfully it worked out that I was allowed to fly again, literally the day before I was travelling. I had been looking forward to this trip for a whole year.

After the school trip, I had finally moved to secondary school. I was nervous as I was moving away from all my primary school friends to a new school, where I knew no one else. I settled in well within my first day and had a lovely class. I was still getting exhausted after school and didn’t have energy for any homework. I went through my first two years of secondary school wondering why I was starting to struggle to hear the teachers even though I was sitting at the front in all my classes. I was missing the instructions and asking my friends what we had to do or copying from their books.

When I went into year 10 (England’s year 9) I was preparing myself to do exams to proceed into a grammar school. I was still only 13 and in March 2006, I had an appointment with the hospital to test my hearing whilst going through important exams to determine my new school. I was finally told I needed to wear hearing aids as my hearing wasn’t at a level whereby I could manage without them. We then realised this is why I was so tired all the time: I was relying on lip-reading to understand what was going on in conversations. Meanwhile I was a teenager, who within the previous four months, had been given braces and told I had to wear glasses. The hearing aids made me realise just how much sound I was missing out on but being a stubborn teenager, I refused to wear them and was embarrassed that I had them. I kept going through life missing information given out, during my GCSE years I was relying on friends to copy work from. I didn’t have any deaf friends or know of anyone my age that was deaf. I received no help from my school whatsoever throughout the four years of attending it.

I had just finished my GCSE exams when my social worker was trying to get me to join a charity where deaf teenagers got together and took part in loads of activities whilst socialising with one another. I kept saying no as I wasn’t interested in doing so. No one knew I had hearing aids, apart from my family, as I was able to hide it with having developed my speech before I lost my hearing and relying lip-reading all the time when socialising. I finally gave in when an interesting event came up which involved working with the BBC to make a movie with them. I had always loved acting and thought it would be a good opportunity.

When the week came I was nervous about meeting other deaf teenagers as I had never met another young deaf person prior to this. I was worried about communicating with others as I didn’t have much sign language knowledge and didn’t know how many signed or used speech. I kept thinking “how am I going to communicate with only knowing the alphabet and spell my name?” When I arrived everyone was so friendly and made me feel welcome. At this point, I was still refusing to wear my hearing aids even though I carried them with me. I made friends very quickly and realised how normal being deaf was to them. I learnt so much sign language that week, meaning that I could have a small conversation asking how are you as wellas learning random signs.

I kept in contact with everyone I met and they helped me, along with NDCS, to come to terms with my deafness. I returned to school, slowly wearing my hearing aids more and more. I always wore my hair down so no one asked me any questions about them. By this point, I was now in 6th form and we had to take up an enrichment period each week as an extra lesson to our studies. None of them appealed to me so I decided to ask the vice principle if we could offer sign language as part of our enrichment choices. Thankfully it was a popular request and the vice principle allowed us to go ahead with it and found someone to come and teach it. It has now been going for 10 years and getting more popular every year.

My confidence started to build and I kept attending NDCS events and meeting up with my deaf friends when we were free. I had a part time job working in a cafe and I had a badge for people to know I used lip-reading as communication.

The time came to move for university and I decided to attend York St John University. I couldn’t believe my luck when I was given so much help to make university easier and get everything out of my education. I was so lucky to have been given the best notetaker ever, Lyndsey, and to this day we are still great friends (sharing the love of disney). I was nervous about having a notetaker as I didn’t want them to make me stand out on my first day or have to explain why I had one. Thankfully Lyndsey was close to my age and I was so happy to have made a friend and the nerves of walking into lectures were made a bit easier.

Moving away from home I was not nervous about because I had met my house mates on a group chat before moving. We got to talk a lot before the big day of moving in came. I don’t think I could’ve asked for a better housemate than Laura. She understood my deafness and if any fire alarms went off she came to my room, making sure that I got out safe. We had the best three years of university looking after each other even when we had new houses and different housemates. We are now reaching the seventh year of friendship so she is stuck with me forever!

I was so lucky with the friends I made in university as we all looked after each other and still chat even though an ocean is between us. It never got old having to ask lecturers to ensure that subtitles were on during film or television screenings: we were like a big choir in the back shouting at them.

My course was Film & TV and in my second year I wanted to make a documentary about living as a deaf person in a world of hearing. I got talking to my group that I was in and they were interesting in helping me make it. Then, I spoke to another deaf student, who agreed to be the face of my documentary. It was to prove the stereotype wrong that people had about being deaf.

It took a lot of hard work and I was able to put my sign language to the test. I entered my film into a film festival, held in York and it got through to the 3rd round – I was happy that it got so far!

I am now living life with a degree and have brought sign language into my old college. I have lived independently, with friends in different country and I am now working as a Classroom Assistant helping other students. I love to travel but I have to keep flying time to a minimum of 3 hours to protect my ears. My hearing has, thankfully, not got any worse but it is sitting at 60% loss in each ear. I still worry about not hearing noises at night so like having company, so I know if anything was to happen, I can be woken up. I have been diagnosed with vertigo meaning I can get dizzy and light headed very quickly. I have major balance issues, I always joke about having a daily trip even if it is over air. I still struggle constantly with ear infections making it hard to wear hearing aids and unfortunately I keep getting allergic reactions to my hearing aid moulds. I have been waiting after a year and a half, with a lot of fighting, to try new moulds to see if they help. I am already on anti-hypoallergenic hearing aids so I’m hoping  that I can get sorted soon to ease infections and irritation to my ears.

There are still barriers between the deaf and hearing worlds but we are determined to break them down bit by bit. My biggest tip, when talking to deaf people is if they ask you to repeat something just do it instead of saying that it doesn’t matter. It can make us very angry!